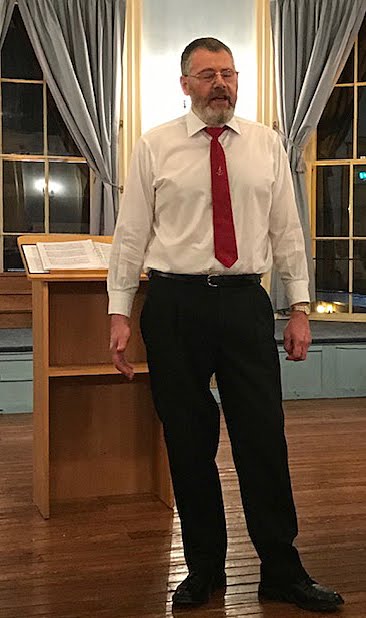 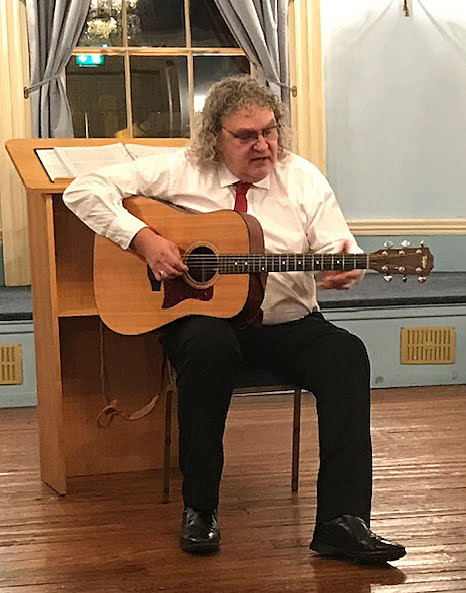 Peter Fields ‘in action’ delivering one of his many monologues at the Cracker Concert. 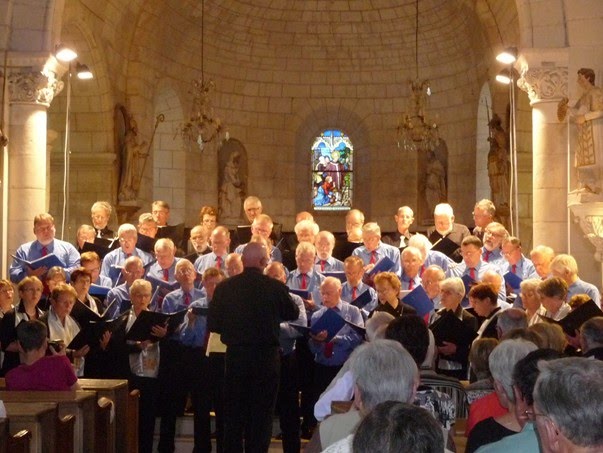 The Combined Choirs of La Chorale de Carroi and CMVC in the impressive surroundings of the Church of St Germain du Val, La Fleche,
August 2012 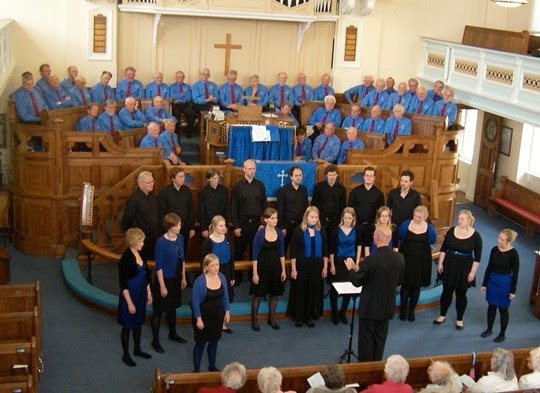 The Choir hosting ‘Vox Humana’, the choir of the University of Oslo, 1st July 2012 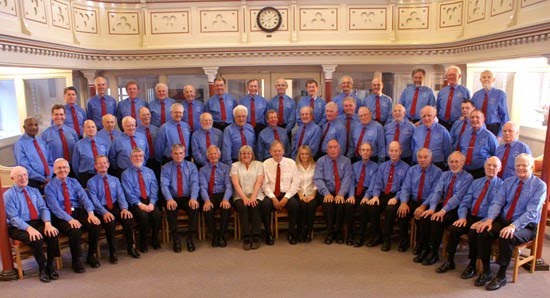 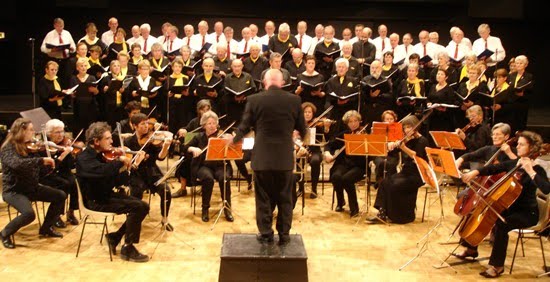 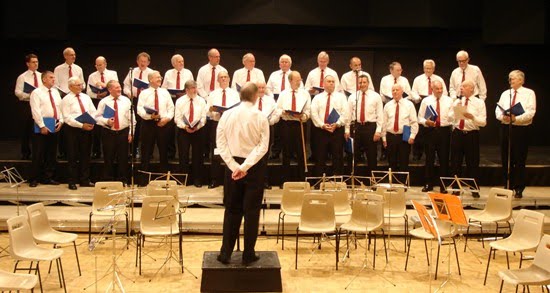 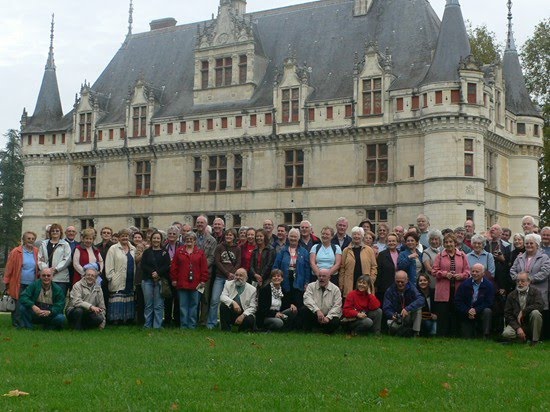 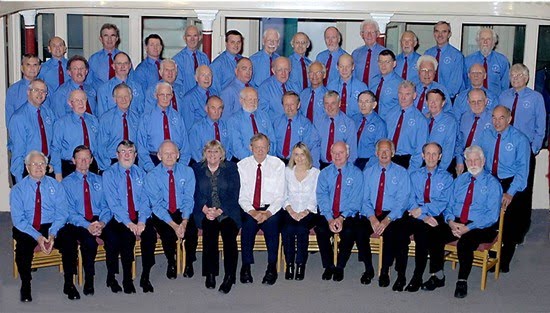 The choir in the United Reform Church, Chippenham- 2006 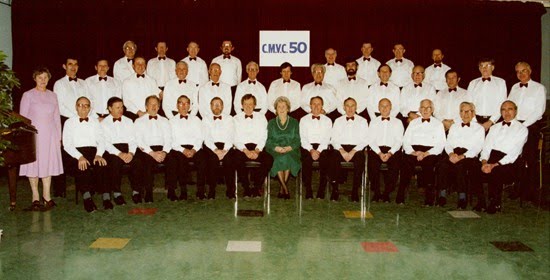 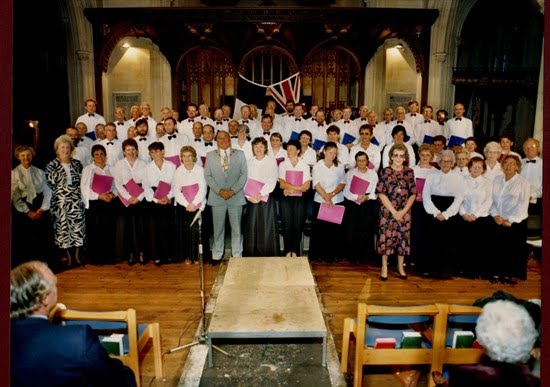 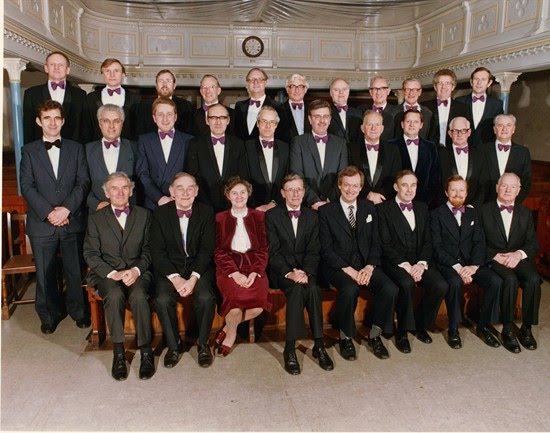 The choir – circa 1980
[Photograph courtesy of David Ragbourne] 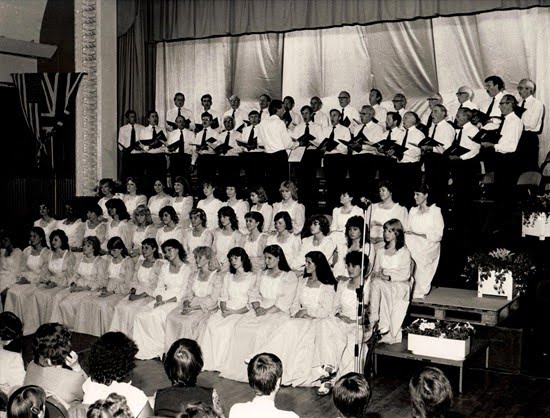 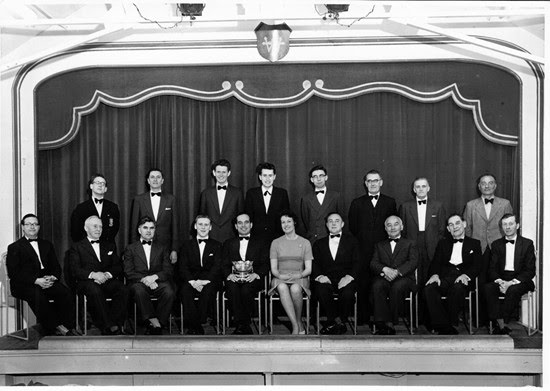 The choir – circa 1965
[Photograph courtesy of Arthur Reed] 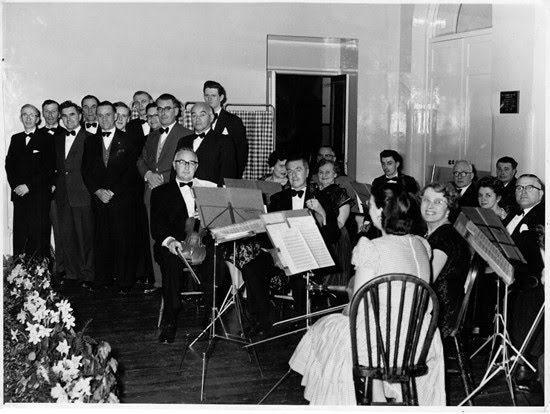 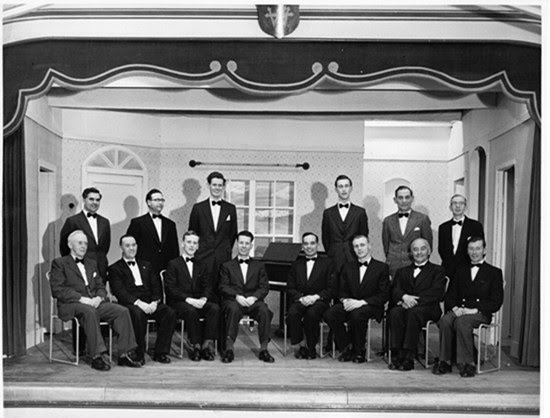 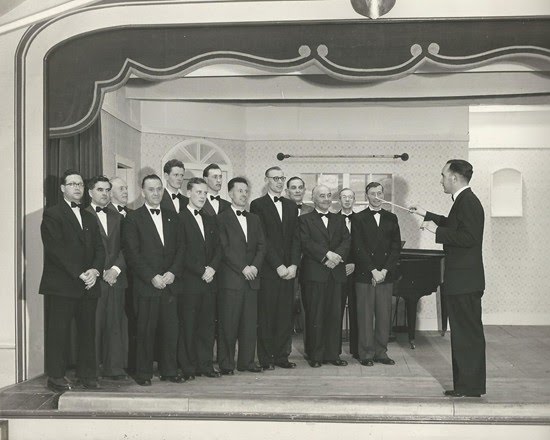 The Choir, shortly after winning the trophy of ‘Best Male Choir’ at Bath Eisteddfod in 1960.
A companion photograph to the photo above.
(Photograph courtesy of Malcolm Watts.)